JUST 4 PIECES ON THE BOARD. 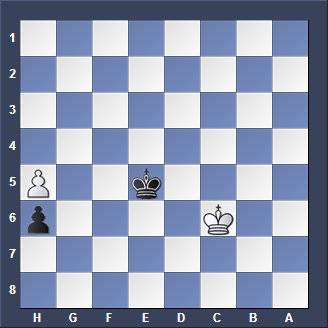 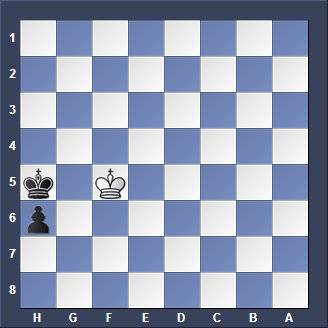 If it is Blacks move and he keeps moving the king only, the white king will stay in opposition to stop the black king from coming out. If the kings repeat the same moves three times, so that same position is reached three times, (without the pawn being pushed in between) then the game is a draw, so half a point each.
Read more about the Threefold Repetition Rule 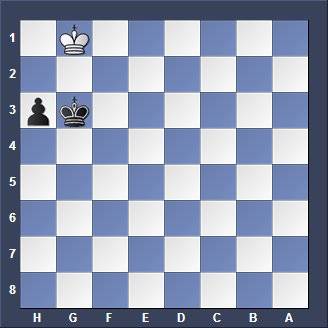 If it is White's move he has to play 1.Kh1 or the pawn will promote to a queen, then Black has to play 1..h2 (if 1..Kf2 then 2.Kh2 and Black loses the pawn which will result in a draw because of insufficient material).

So after 1.Kh1 h2 White can't make a legal move, so it is a stalemate, which is a draw, so half a point each. 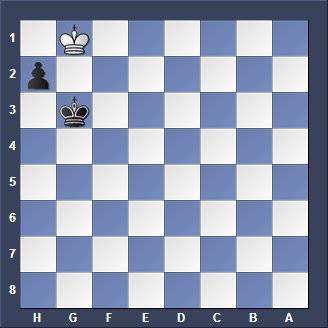 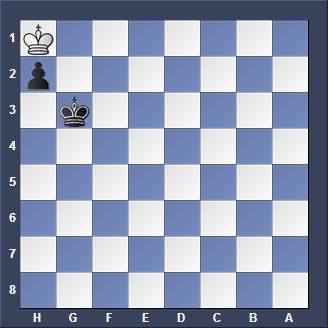 Now Black has to make a move where he has to protect his pawn and there is only 2...Kh3 which results in a stalemate as White can't make a legal move. A stalemate is a draw, so half a point each.