In the Queens Gambit Accepted (QGA) Black gives up the center and captures the offered c-pawn 2…dxc. White will try to expand in the center and Black will undermine the white center pawns playing c5 and cxd. This will weaken the impact of the white pawn center. 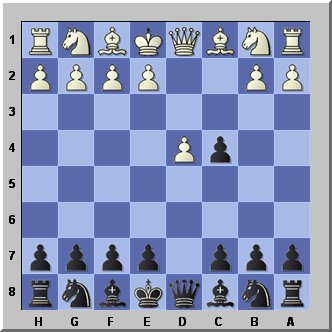 White has not given the pawn away for free as Black cannot hold on to it anyway but must give it back later.

Black has given up control of the square e4 with 2. … dxc4 early, so White will try to gain space in the center.
Black must be careful not to get overrun in the center and should weaken the white pawn formation later on by exchanging a white pawn with the moves c5 and then cxd which will create an even position.

If White has an isolani on d4 then he should avoid exchanging pieces and try to attack the black kingside. To do this he should plant a knight to e5 that is protected by the isolani on d4.