Is it a good opening?

Admin
Hi,
I played the Stonewall Attack for some time myself. I don't recommend it due to the following factors. 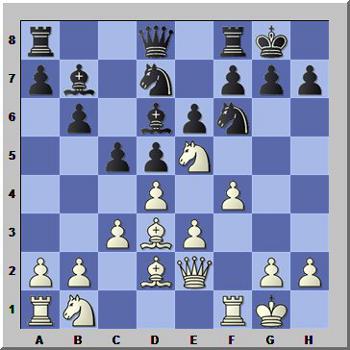 1. White has problems to get his queenside bishop at c1 out into the game because the white pawns are sitting on dark squares. This bishop is dead and it is no fun to worry about it all the time and to decide what to do with it.

2. You are White and there is no need to play an inflexible and inferior opening like this.

3. You give away the slight advantage you have as White by having the first move by setting up a closed, blocked and inflexible pawn structure where the factor time does not play a role anymore.
In closed games like this the time factor loses its effect and you lose your first move advantage right away.
In the Stonewall Attack Black has plenty of time to position himself as he wishes, because the game is slowed down due to its closed structure.

4. White gets a weak square at e4. Black might get his knights in there and maintain an outpost (usually a knight) at e4, which is very uncomfortable for White.

5.Grandmasters don't play the Stonewall Attack because of its inferior nature. There are better openings for White than that.

If you are Black

1. Black has blocked the white bishop d3 playing g6 which reduces its power as it cannot hit h7 anymore.

2. As you can see the white queenside bishop at c1 is dead like a duck. If White cannot get it out and trade it off he will have problems.

However, replay chess games with the Stonewall Attack