The Yugoslav Attack is a line of the Dragon Variation which is a variation of the Sicilian Defence. 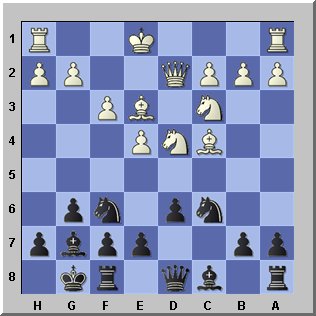 Black has to get counter play at the queenside at all costs and uses the half-open c-file for its operations. Both sides usually don't shy away from sacrifices of all kinds to keep the attack going.