Get these chess courses created by grandmaster Igor Smirnov. He has developed a
UNIQUE chess teaching system! 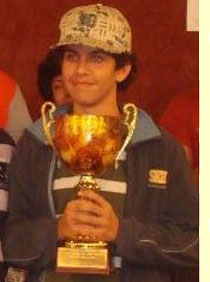 Hi i am a 15 years old boy from Venezuela, a Country where for me its really difficult to find a good coach…im a player that usually have a performance of 2100 in tournaments and a rating of 2000 …

so when I see the web www.chess-teacher.com I see it as a chance to have a improvement of my chess. I study the course the GM Secrets and thats increidible how GM Igor Smirnov explains the most importants ideas.

I began to use this ideas on tournaments and i quickly recover the money by winning Open tournaments with a lot of adult players (and thats not the best in June 2010!!)

I placed second shared first with 7/9 and performance of 2300 in the National of Experts and Masters that were playing 3 IM , 3 FM and all the other players are National Masters and National Experts. I was one of the few players without a title and i won my first title at the age of 14 !!

National Master ?? thats not the best!! recently i become the youngest International Master of my country by winning the Central American and Caribbean Junior Championship with 6,5/9 and performance of 2270. appart in this tournament i won a 9 game GM Norm.

I am really really happy with your courses and how they make effects in my chess. The best of the course is that only not explains a system of thinking in chess !!! Explains how to teach yourself and how to prepare for specific games and tournaments !!!

So i highly recommended to invest a few money buying this course and let Igor do all the rest!!! Congrats Igor Smirnov and really thanks for your help as a next objetive im planning to become GM at the age of 18!!!!! reading all your courses and following your training method !!
Thank you again and bye bye…

“IN THE NEXT FEW MONTHS, HE WAS GAINING 200 ICC POINTS IN RATING PER MONTH…” 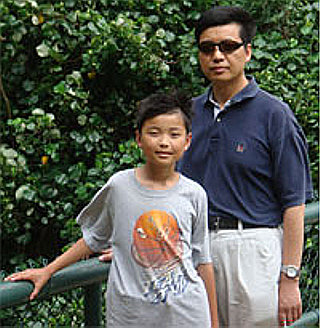 Elated, I began to ask coaches to give him private lessons and bought several chess books. But the books were too dry for an eight-year-old. His progress was slow and bumpy. In many a game, he could not find a single tactics to employ.

From the first lesson, I became instantly fascinated by his simple clear teaching. He focuses on a few cardinal principles of the chess games that makes sense to the students and who can apply in the games. He supplements the principles with a systemic way of thinking to find the best moves in every turn.

Justin’s game took off immediately. In the next few months, he was gaining 200 ICC points in rating per month until 2000. He excitedly reported that when he followed the principles learned from the lessons, the positions on the board became so favorable that tactics just came to him.

I can honestly say this: as far as my boy is concerned, Igor is the best chess coach in the world!”

“AFTER A FEW MONTHS OF TRAINING STARTED BEATING IMS AND GMS (IN OFFICIAL TOURNAMENTS)!” 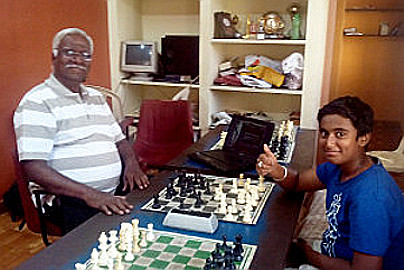 I am Karthik V AP of Thirupathi, from India. I now have a FIDE rating of 2276, from just 2100 in the span of a few months; and I shared 1stplace, together with 3 Grand Masters, in an international GM tournament. I am very proud that I am being tutored by GM Igor Smirnov, through his accredited Indian representative, Mr Manikandaswamy of SMK Chess Academy situated at Vellore.

Through the course ‘Calculate till Mate’, my calculating ability has changed completely, and it has opened my eyes to the vast vista of opportunities to develop the most interesting moves against tough opponents.

And now (finally as of now), even strong engines like Houdini cannot find my move made in the game and my moves are now considered the best in-line continuation.

The course ‘An Endgame Expert’ has prompted me to think positively in very critical situations and allowed me to take control of the game and direct it as I prefer or wish to, for the desired results.

What Igor was saying is 100% true. I even had difficulties in the endgame. I always tried to “think, think and think harder” to find moves at that stage, which just made me frustrated and even I lost good endgames in the past. But now it’s like sliding on ice – I can make good moves easily and quickly, and now I can say that I am driving the game in the direction I want.

Hence, as well as commending my coach Manikandaswamy, I highly recommend this combination of courses (Openings Lab – 2 + Calculate Till Mate + An Endgame Expert) for serious and ambitious players who strive to achieve IM and GM titles.
Please check my recent games
Thanking you,
Karthik V AP.
FIDE profile:

“I IMPLEMENTED THIS NEW SECRET METHOD INTO MY THINKING SYSTEM AND IMMEDIATELY MADE 2 IM NORMS QUITE EASILY!” 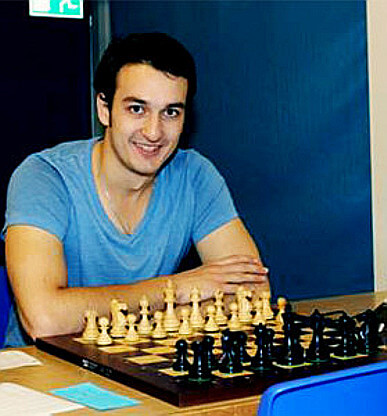 My name Studentis …Igor. Originally I’m Russian, but I lived in Denmark for many years and still do. I am your big fan from and I would like to express my greatest respect to what you are doing. Your teaching system is absolutely fantastic simply because you are really sharing the SECRET KNOWLEDGE about chess! Something one wouldn’t find in any chess book!

I learned chess quite late, at 16, and played my first tournament at 17. I’m 27 now and some years ago I reached 2400 ELO but really couldn’t make any single IM norm for more than 2 years. I was outplaying lower rated opponents, but my results against IMs and GMs were simply bad.

Then I heard one IM mentioning how important it is to “keep the tension” during a game. This idea was a complete surprise for me, but seemed very interesting and I started to look for any kind of chess material on that topic – there was practically nothing…But then I accidentally found one of your free lessons where you state this beautiful principle:

TO TAKE IS A MISTAKE! I implemented this new (SECRET :)) method into my thinking system and immediately made 2 IM norms quite easily!

Then I decided to buy your chess course “CALCULATE TILL MATE” and was absolutely amazed by how much valuable information it contains! I started thinking more and more about my thinking algorithms and tried to improve them. Finally one month ago I made my final IM-norm and became an International Master.

I really want to THANK YOU! Your course really opened my eyes and now I know what to do to improve my chess.
Best regards
Igor Teplyi

Get all Chess Courses here!