Learn theoretical sound opening chess moves. This will enable you to make strong chess moves in your chess games right from the start. This builds a strong chess position right away and increases your chances of winning dramatically.

“In chess so much depends on opening theory, so the champions before the last century did not know as much as I do and other players do about opening theory. So if you just brought them back from the dead, they wouldn’t do well. They’d get bad openings.”
by Chess Champion Bobby Fischer

You will be able to play the first 12 chess moves or more in just about two minutes without much thinking. You don’t switch off your brain completely, but you play so much faster and more efficient than before, especially if you understand the plan of your selected opening.

You should replay various chess openings to find out what type of opening you like. After that build a complete repertoire for Black and White. You learn this in
GM Smirnov’s Chess Opening Video Courses

Open Games – your Way to start!

If you play 1…e5 as Black, you should know how to play the right setup against White’s different opening lines. To cover all that knowledge I recommend Play the open games as Black by GM John Emms.

If Black plays not e5 but something else…
If you have the white pieces and start with 1.e4 and Black does not answer 1..e5 this is no problem as he must play a system, right? And you can study all the systems that are available to the black pieces.

After some time you will know how to handle each system that is known unto man. There are different opening systems to be learned. But to penetrate deeper into the spirit of any particular chess openings you have to buy some good chess books/DVD’s about the openings you like and begin to specialize. This saves time and effort.

So, if Black plays not 1..e5 – so what, after a while you will know the system he has selected and you know the correct set up for White. You will be prepared. It takes time to learn all this, but you will get there eventually, don’t worry.

Start with the Sicilian Defense and the French Defense, after you have studied first the open games above where black answers 1…e5. 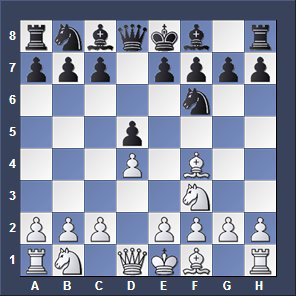 Play the above Opening Chess Moves with White to upset your Opponent. This will confront him with new opening lines that he probably doesn’t know and will make his home preparations useless. But use the Evans Gambit and the Kings Gambit just as a surprise weapon, because these Opening Systems are very aggressive and should be studied well before you apply them.