by Andrew (USA, Tx)
I just played a game where I forced my opponent into a position where he could not make any valid move and therfore Stalemate. I had my Queen and King, my opponent only his King.

A answer no matter how brief would be appreciated.
Thanks

it is quite simple. You had a higher rating than your opponent so you were expected to score higher. 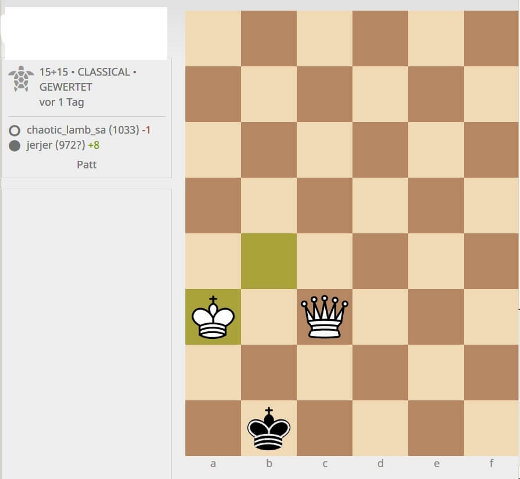 If your opponent would have been rated much lower than you, your rating would have dropped quicker.

If your opponent would have a higher rating than you and you make a draw, then your rating would go up in spite of the fact that you achieved a draw only.