The Slav Defense is a good and solid chess opening for Black. If you like it then study it and use it in the future to gain experience in this opening.

The Slav was played by the world champions Euwe, Botvinnik and Smyslov and played by the top grandmasters Anand, Kramnik, Ivanchuk, Lautier and Short.

The theory of the Slav has grown and became quite extensive. 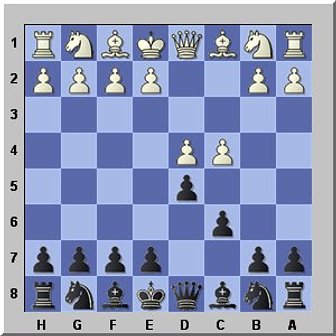 It is classified as closed opening. In the Slav Defense Black keeps the diagonal c8-h3 open to be able to develop the bishop on c8 to f5 or g4 which would otherwise be locked in, if you play 2…e6 instead of 2…c6. Black prepares to take the c-pawn (dxc) and protect it with b5, but this will not happen in the popular setup below, as White prevents b5 playing a4. This stops b5.

There is also the so-called Semi-Slav Defense, that is a variation of the Queen’s Gambit chess opening. It is reached after the moves: 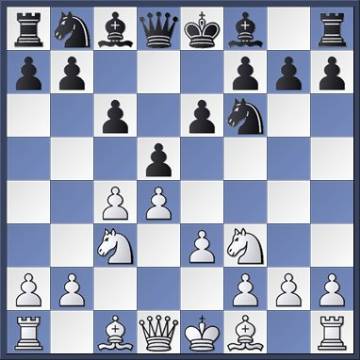 In the Semi-Slav above the bishop at c8 will be locked in for some time as Black has played e6. He does not bring the bishop out to f5 as in the Open Slav where Black gets his queenside bishop out quickly to avoid that it is locked in after playing e6.

At the World Chess Championship 2012 Anand defended game 2 with the Semi-Slav.

Please note that there is also the The Exchange Variation

If White exchanges the pawns right away (3.cxd) then he has given away his opening advantage. The position is even. For that reason the exchange variation is seldom played in grandmaster chess.