Most chess kids are born with a natural ability to play chess well. They just got the right brain to do it.

Serhij (Sergei) Karjakin is one of the chess kids. He was born on 12th of january 1990 in Simferopol/Russia. He is an Ukrainian chess grandmaster.

He became the youngest grandmaster in chess history at the age of twelve years and seven months and was listed on the FIDE ranking list of October 2008 with a rating of 2730. He was number 15 in the world. 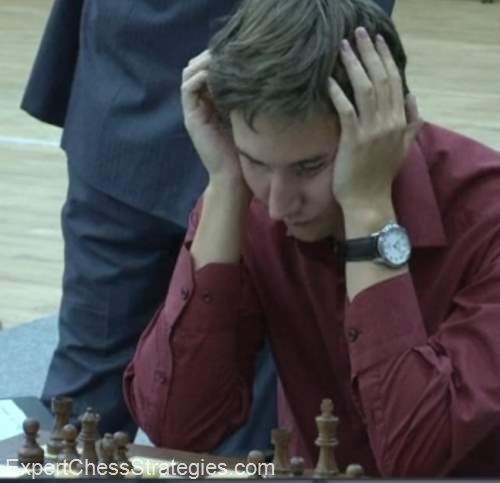 Sergei learned chess at the age of five and became international master at the age of eleven. When he was twelve he became grandmaster on august 2002. Garri Kasparow mentioned that Karjakin is a favorite for the future world champion.

He learned chess very easy and likes playing table tennis, reading and watching movies. His favourite dish is chicken with potatoes. Karjakin, Ponomariov and Volokitin are all very young chess stars coming from Ukraine. Karjakin said in an interview that they have a fantastic chess school there with excellent chess teachers and coaches.