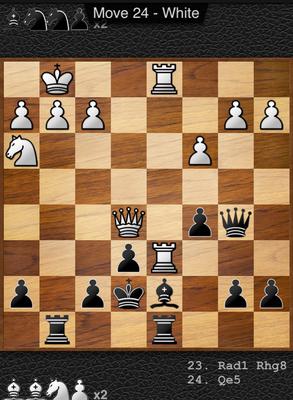 Hi, I (as Black) recently lost a game and I know in my gut that it came down to a single move. Could I have won this game?

——–Admin—————-
Hi,
I have analyzed the position above and placed a diagram below.
In this chess position the material is even but this doesn’t necessarily mean that the game is even.

Your move 1…c4 was the best move available, but Black is not winning because the white pieces are placed much better.

White has a big advantage and a winning game here. 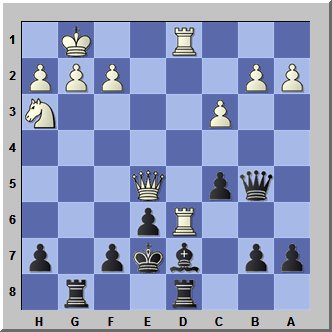 White has Advantage
1. Black’s King is placed in the center. This is good for White because the black King can be more easily attacked in the long run.

2. White controls the open d-file with his heavy pieces.

However, your move 1…c4 is the best move available because it invites the exchange of queens (1…c4 2.QxQ BxQ) after which Black escapes into the endgame where White would have lost his attacking potential as the position would be simplified enormously after trading rooks as well.

So after extensive trade-offs the game would strongly simplify. See below. 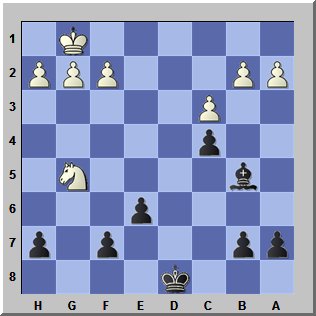 Without Queens on board and less pieces there is no danger for the King and in endgames the King is usually placed in the center as he takes part in the game like other pieces as well. So in the endgame the black king would be placed okay. However White is still better as the knight enters the game attacking two pawns.
So after 5.Ng5 Ke7 6.Nxh7 f6 7.g4 Kf7 8.g5 fxg 9.Nxg the Knight escapes and White is better. 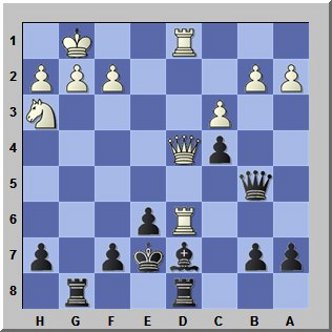 Black has a losing game…
It could follow 2…Ke8 3.Nf4 and the knight enters the game.