by Lin Tornese (Terre Haute, IN)
What happens if a pawn makes it all the way across the board?

If a pawn reaches the last rank (row) it can be promoted into a piece (queen, rook, knight or bishop). Almost always you would choose to promote it into a queen because the queen is the strongest piece on the board.

Very seldom there are positions when you should promote the pawn into a knight or a rook or you would lose or draw the game. 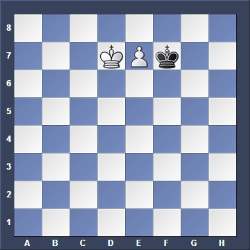 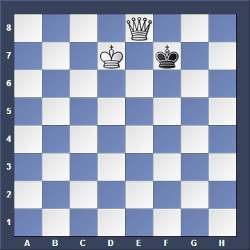 In the position above White pushes the pawn to the last rank and promotes it into a queen. After that he will proceed to give checkmate to the king and should win easily. 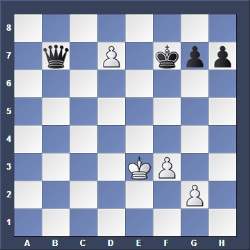 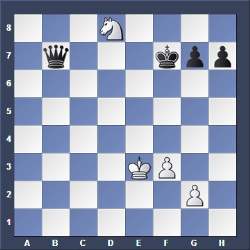 See diagram above – If White would promote the pawn into a queen the game would be most likely be a draw as the position is equal.

But White can play much stronger here as he can promote the pawn into a knight and attacks the king and the queen at the same time. This is called “a fork” (or “family fork” because the king (father) and the queen (mother) are attacked.)

Black must move the king out of check and after that the white knight will capture the queen and White has a winning advantage because he will be a piece up. 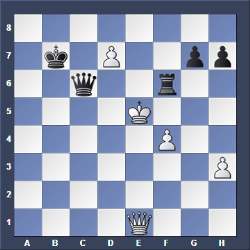 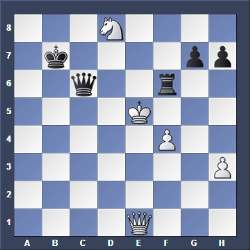 See diagram above – If White would promote the pawn into a queen here he would lose the game as Re6+ follows and White loses the queen on e1 as RxQ wins the queen for nothing.

After that Black would be a rook up and most likely wins in the long run.
For this reason White promotes the pawn into a knight and gives a check and forks king and queen.

The king must go out of check and the knight captures the queen. Black recaptures the knight and White has a winning game with his queen (queen value = 2 rooks) versus the rook. 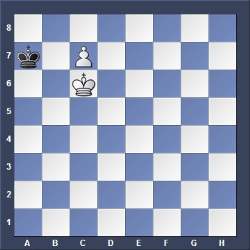 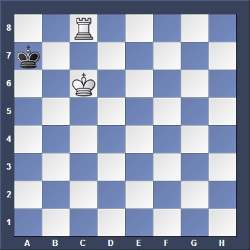 In the position above White has to be careful and should not promote the pawn into a queen because after this the black king can’t make a legal move. This means the position would be a stalemate and the game would be a draw. (half a point each)

To be able to win White will promote the pawn into a rook instead as this leaves the square a6 for the king to move. White can also give checkmate with a rook (but not with a knight or a bishop on its own).
The black king must move to a6 afterwards and then White gives checkmate playing Ra8++.