The Stonewall Attack is a special setup played by White. It is not played at top level chess events due to its dubious nature.

I used to play it for some time. It is easy to play with White if your opponent doesn’t know it. But Black can give you a hard time if he has prepared some lines against it or if he knows how to handle it.

The Stonewall Attack is related to the Modern Stonewall Dutch which is an opening for Black. You play the same system as White so you enjoy an extra move. 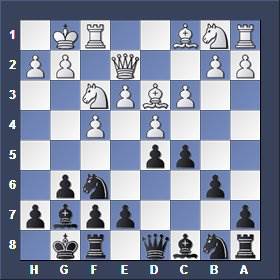 As you can see above White has problems to get his queenside bishop out into the game because his own pawns are sitting on dark squares. As White you should place the queenside bishop either to b2 (play b3 first, then Bb2, after that prepare the liberating center move c4) or bring the bishop out via Bd2, Be1, Bh4 and trade it for the black kingside knight to get rid of your inactive bishop. See below.

See above. White intends to move his queenside bishop to h4. He has played Bd2, after that follows Be1 and then Bh4 when he has time to do so. This is his plan. I suggest you play Be1 and after that develop your knight first and play Nbd2 to control e4. You can move your bishop to h4 later on. There is no hurry because the position is closed, so you have plenty of time to prepare things.

The position is closed and blocked so this favors knights and you can trade your queenside bishop for a knight without regret.

However, it is also possible to play Nbd2 early before the bishop moves out, but then the bishop stays at c1 for a long time and it is difficult to get it out later. Watch the video below. 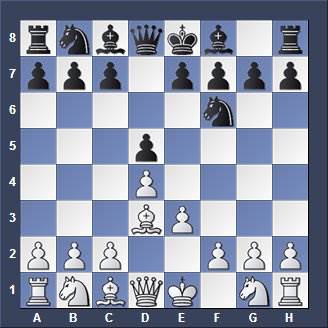 Read more about the Stonewall Attack at Wikipedia

I couldn’t find games from strong grandmasters playing this dubious opening because top players don’t play it. Keep this in mind when you replay the games below which are played by players of Elo rating around 2100 – 2300.