How to learn Chess Openings fast? Read these Suggestions for learning an easy, but limited opening repertoire, that is suitable for beginners and intermediate chess players.

If you learn this repertoire below, you are covered for the majority of your chess games.

I want to pioneer this:
Beginners and intermediate players need a solid repertoire which does not lose the game in the first 10 moves or so and that is easy to learn and understand without memorizing 200 pages of analysis.:)

Working people have only very few hours a week to spend on chess so they need to make it count.

I try to get into this problem. Chess is just so complex and it is hard to know which openings you should learn as a beginner.

I will show you the fastest possible way to cover up your opening needs. You learn just a few – easy to learn – and very selected chess openings and apply them all the time.

I discovered this method of selecting and learning just some specific chess openings many years ago, when I had the same problem and didn’t want to learn a lot of opening theory. So I was searching for ways to restrict my opening play to as few systems as possible and I finally found the openings where this is possible.

These systems will cover all you need. No matter if you have White or Black, you restrict your play to the openings I will show you.

This is in fact the fastest way to cover up all opening problems immediately for beginners. I played these openings myself for years to save time.

They are not often played by chess grandmasters. So what! You are not going to become a grandmaster.

I understand, you just want to learn chess openings fast, as your time is limited.

My approach to your opening problems will save you a tremendous amount of time, in fact, it will save you countless hours of opening study.

Because you restrict yourself rigorously to the few selected chess openings.

Just read and replay the Colle Chess Opening then come back here…When you have White you always play the Colle System, starting with 1.d4! and that’s it. Never play 1.e4, 1.c4 or anything else…unless you want to study opening theory for the rest of your life. 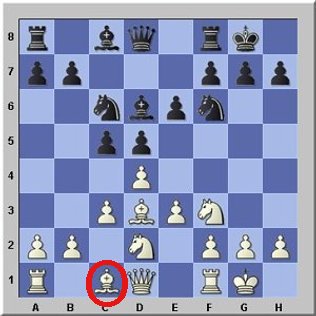 Black has traded pawns early ( cxd ) and White is happy about this as his dead bishop at c1 is NOT dead anymore, and it can get out later on. (see marked line)
Thanks a lot Black for helping me to solve my problems… 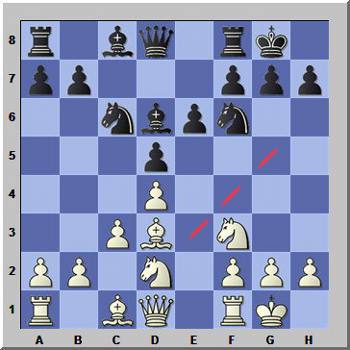 There is a deeper reason why I recommend the Colle for White.
You can enter a Modern Stonewall Dutch Position with it when Black develops slowly, playing b6, Bb7 and neglecting to control e5 immediately playing Nc6 or Nd7.

Now you can use the knowledge you have gained playing the Modern Stonewall Dutch as Black. This saves you a lot of time again. (see position below)

Just memorize the set up of the white pieces. Look at the bishop at d2 which is on its way to h4 (play Be1, then first develop your knight Nd2, then Bh4 if possible). Make sure you get this bishop out like this or play it to b2.

In this case you always play the Dutch Bd6 Variation! There you have a similar bishop problem like in the Colle System above.

Memorize the Black Set Up! 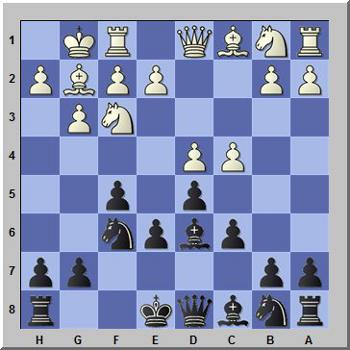 I played this game myself in a chess club. The advanced player is Black. He makes meaningless pawn moves at the queenside and White organizes a typical Stonewall Attack and runs over the black kingside. Memorize this typical procedure and you will win some games with it.

In this case you always play the Scandinavian Defense!

Memorize the Black Wahls Set Up! 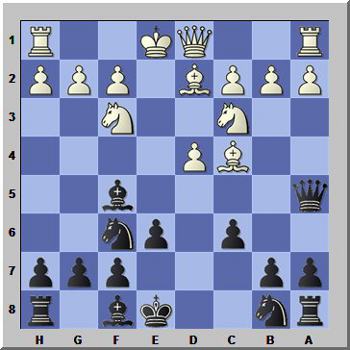 Replay games of the Scandinavian Defense – Wahls Set Up

Replay games of the Scandinavian Defense – Other Set Ups

Play this as Black against the English Opening

To know openings is not enough! Get Top Chess Books about Tactics and Strategy – Click here!

If you learn the three opening systems above you will cover over 90% of all your games. You always know what to play and how to play it. But you have to study the systems deeply to become a good player. It is not that easy as there are many dangerous lines as you will find out yourself. But you will get better and better if you analyze each time what went wrong.

If you have Black and White plays f4 (a Dutch of some sort) you can use the setup below as Black which is easy to memorize. The idea is to play your e-pawn to e5. For that reason you have to play Nd7,c6 and Qc7 to control e5 first. After you have placed your pieces like this you push the e-pawn to e5. Then make sure you develop your f8-bishop to d6 and castle fast.

The e-pawn push can only be played against white Dutch Setups where White does not play d4 later (Stonewall Attack) as this would control e5 with the two pawns f4 and d4. So what! Then you jump into the “hole” at e4.

Replay the game below where White played a Dutch Fianchetto and Black still applies this easy setup.

how to beat the Dutch Attack

And now comes the proof, that this is indeed a playable opening system against 1.f4.

The following game was played 1975 in Leningrad where Garry Kasparov (black pieces) played as a young boy versus IM Oleg Romanischin who was giving a simultaneous exhibition. Kasparow was 12 years old and Romanischin played 1.f4, the Bird opening, which also starts with f4 like a white Dutch (or Stonewall Attack).

how to beat the Bird

And the good news of all this is, that you can play this system with White as well against the Dutch. (1.d4 f5)
This saves you countless hours of work as you don’t have to study books about how to beat the Dutch defense.

In the position above White employed the same system. The good thing is that you will have a move plus because you play the white pieces. Does this position look familiar to you?