The best first 3 moves in chess from the viewpoint of White are: 1.e4, 1.d4 and 1.c4. These moves grab control over vital center squares.

If you have the white pieces and play another move, then your move will be inferior in some way if you consider this from a mathematical viewpoint. Think in: square control!

Black has equalized with 1…d5 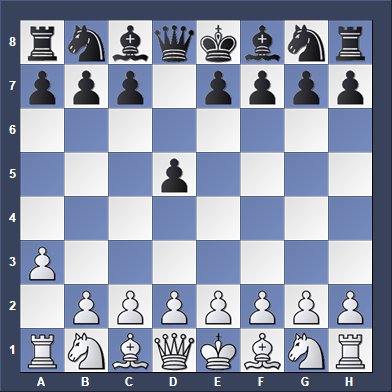 For example: If you start the game with the move 1.a3, then the slight advantage you had, playing the white pieces, is gone. This means Black has equalized already playing 1…d5, 1…e5 or 1…c5 grabbing center control.

Black has equalized with 1…e5 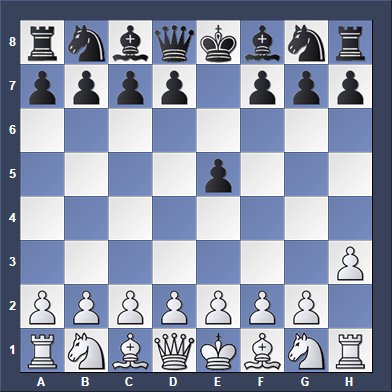 White did not obey the principles of chess and played the inferior first move 1.h3. Black answers with 1…e5 and has equalized already. The h3 pawn may even become an attacking mark later on in the game. Often a bishop or a knight is sacrificed on h3 after the white king has castled short and when Black has started an attack at the kingside. 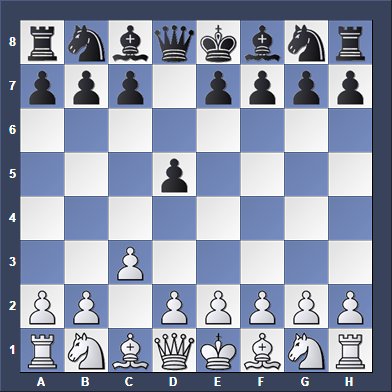 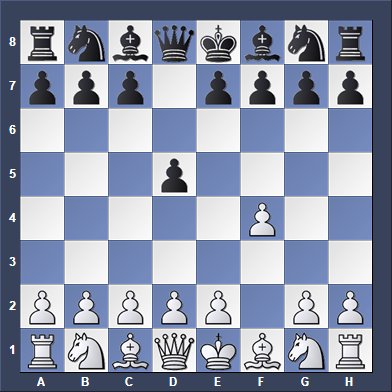 Black is slightly better because White has weakened the squares around his king playing the dubious move 1.f4.

Of course you can play what you want, but don’t expect to beat a strong player, if you play inferior opening moves right from the start.

What is the best Opening Move in Chess?