by Karim (Libya)
Hi,
I am new to the chess world.
I have a question about the openings.

Can somebody, even before playing the game, choose the opening he will be using (either as White or as Black)?

Because in the opening tutorials, for example, the Danish Gambit, we see things like that: 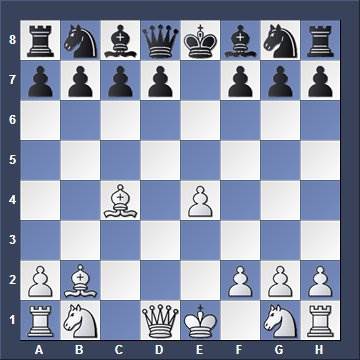 So this this means, if somebody wants to play with this opening (Danish Gambit) as White, then Black (his opponent) has to “help” him, because if, from the beginning, White plays 1.e4 and Black plays 1…c5 or 1…Nc6 (or whatever, except 1…e5). This is not anymore the Danish Gambit!

So what is the point of giving names to different openings and trying to learn them?

Why don’t we just play the beginning of the game (called openings) just like the middle of the game.

Why I asked this question? Because every time I say I need to learn this opening , so I play against the computer, but every game is different from the other, I can not apply the opening I wanted to learn.

Hope I made the question clear.

I know what you mean. I had the same problem when I started. I prepared variations that almost never happened on the board. Many years ago I prepared a variation in the Scandinavian Defense for Black. I had to wait over 10 years until an opponent played the move leading right into this prepared line of play.

I nearly had forgotten this variation and had to think for ten minutes about it, but then I remembered the next moves and I won the game with a crushing attack.

The answer is, you have to prepare many variations for specific openings.

Let’s say you play 1.e4 and your opponent answers 1…c5 (Sicilian Defence). You don’t want to learn all variations of the Sicilian as there are too many. You should narrow it down and play a line that you determine yourself.
For example: If your opponent plays the Sicilian then you don’t play the ususal 3.d4, but you play 3.Bb5 instead (Rossolimo Variation). This imposes your will upon the opponent as you have decided what is being played and not he.

After you have made up your mind what you like to play in future games you should get a book about this opening and study it well.
See below: Rossolimo Variation: 1.e4 c5 2.Nf3 Nc6 3.Bb5 (this line is solid and played by grandmasters) 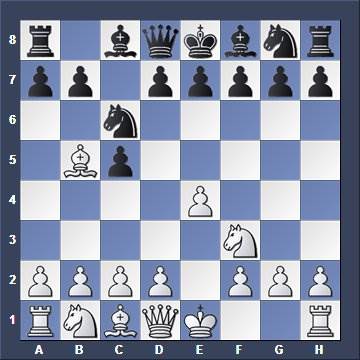 If you like to play the Danish Gambit (or Nordic Gambit) as well then you can prepare for it, and sometimes if an opponent plays 1…e5 then you can play it as White.
But I don’t recommend to play this dubious opening because White sacrifices a valuable center pawn (c-pawn) without getting sufficient initiative for it. The Danish Gambit is almost never played in top-level chess.

Another Example: If you play 1.e4 and Black plays 1…e6 (French) then you have to prepare a variation against the French as White. You should get a book about the French and select and prepare a good line of play that you like. And every time someone plays the French Defence against you, then you will play this prepared variation.
Another Example: As Black you can always play the Sicilian against 1.e4. Get books about the Sicilian and Anti-Sicilian and prepare a few variations that you like. After that play them all the time. Analyze the mistakes with a top chess program and memorize the best moves.

Chess is continous learning, it never ends. There is so much to learn and discover. But you eventually will become an expert in some openings if you study them well and play them all the time for many years.

But please select main line openings like the Ruy Lopez (Spanish), the Sicilian, the Caro-Kann, the Italian Game and others, that are also played by grandmasters.

Don’t waste time with learning dubious gambits that are not played in top level chess if you want to become a good player.