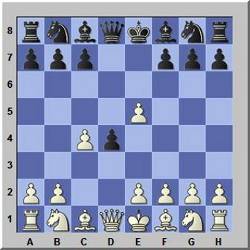 Adolf Albin played it 1893 against Lasker in New York. The Albin Countergambit is not popular and seldom played as a defense against the Queen’s Gambit but not on grandmaster level as it is not quite sound.