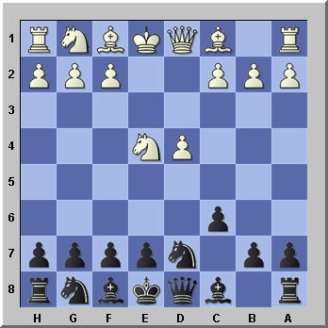 However Black can play better and avoid this sacrifice and achieve a solid game. The advantage is that you avoid that your bishop gets chased around, which would happen when you play 4…Bf5 instead. (ex: 4…Bf5 5.Ng3 Bg6 6.h4) The Smyslov Karpov variation gives Black the freedom to play his bishop somewhere else later on and not necessarily to f5 where it can be chased by the white moves Ng3, h4 and h5.