by Raoul Watson (Queens, NY)
If two pawns can make an en passant move, is there a rule as to which one is allowed to do the en passant or is this the player’s choice?

If there are two possibilities to capture en passant then the player decides which one to take. 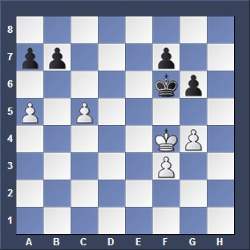 If Black moves his b-pawn to b5 it can be captured en passant as this pawn moves from its original square. (this is a bad move, by the way, as it loses a pawn for Black)
See left position below. 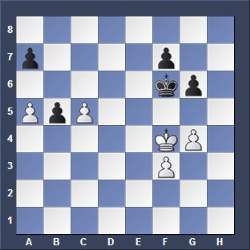 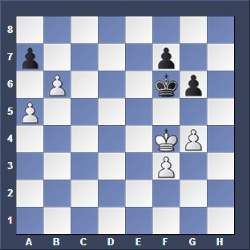 LEFT: Black has played 1…b5
RIGHT: White captured en passant with his c-pawn. 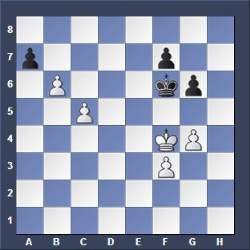 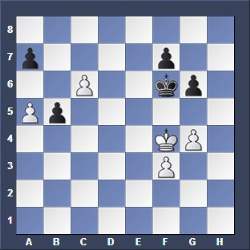 LEFT: White captured en passant with his a-pawn
RIGHT: White did not capture en passant but decided to make a different move and moved his c-pawn ahead playing 2.c6 to reach the last rank to promote the pawn into a queen.
By the way, this is a silly move because the black king will catch the white pawn on time playing 2…Ke7 3.c7 Kd7 and will capture it eventually.

How do I take En Passant? ( chess en passant rules )