You can play the Grand Prix Attack if you have the white pieces and like to play e4, but your opponent knows the Sicilian Defense very well and will probably play it against you.

To avoid running into well prepared chess variations of the Sicilian Defence, you might surprise him with this active chess opening and avoid the popular Sicilian lines alltogether. 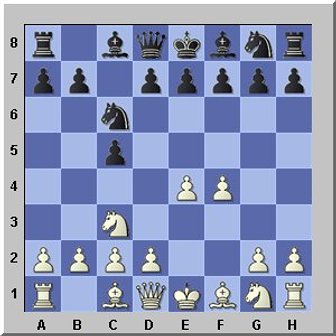 This white set-up can easily lead to a strong kingside attack, if Black is not prepared, as White plans 9.Qh4 followed 10.f5, 11.Bh6 (or 11.Bg5 in some cases) and 12.Ng5 with possible rook sacrifices on f6 or knight sacrifices on f7 in connection with a strong bishop on b3 aiming at the vulnerable point f7.

Please keep in mind that this chess opening is just a surprise weapon and not played in top level grandmaster games. If black is prepared (and top grandmasters are prepared) then White can achieve nothing. So this opening should not be employed on a regular basis if you want to progress further in chess.

I mean, don’t play it for the rest of your life. What disturbs me most is that Black will place a knight on d4 right in the center sooner or later, and if you capture it, he will recapture with the c-pawn and you get a weak c-pawn which will be attacked along the half open c-file in the long run. And the black d-pawn gives black more space and is quite annoying.