by Kartik (India)
My question is:

if I open with, for example, the Kings Gambit and follow the moves that are usually done, but what if the other person is a beginner and doesn’t respond as a good player should do, then proceeding with same moves in the opening is irrelevant..

The answer is simple: Everything that deviates from “the truth” is most likely bad or inferior.

The truth is what is recommended by chess theory.
Chess Grandmasters follow recommendations of chess theory and don’t play their own moves in the openings and seldom deviate only if a move is proven to be playable by strong chess computers. However, grandmasters have a deep understanding of “chess truth”! 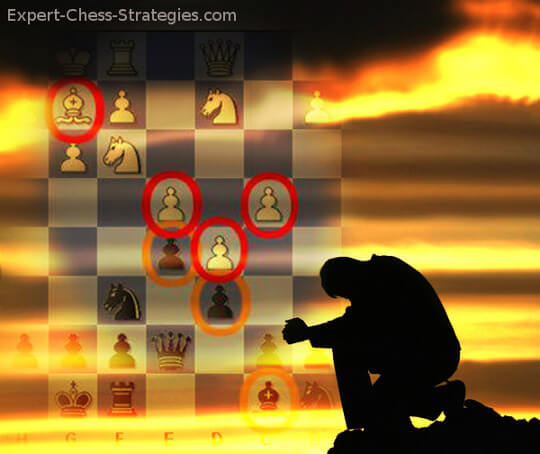 You don’t get better just by memorizing opening lines using a chess software. Forget this!

It is like in mathematics. All that deviates from the truth must be inferior in some ways.
Example: 1 + 1 = 2
if someone says 1 + 1 = 3 then there nust be something wrong. Either this person doesn’t know mathematics or some other reason, but you know for sure that there is something wrong …

A chess principle represents some aspect of “the truth”.

For example:
Don’t develop your opponent!
Don’t trade your bishop for knight in open positions.
Don’t move pawns in front of your king unless your king is save.
Castle early!
Control the center!

Study chess principles by reading chess books. Only this makes you a better player. But it takes years…

Just playing chess only does not help much, because you just play, but don’t study.

This means you play the same nonsense countless times for many years to come, because you don’t know any chess principles.

When you have studied books about “chess strategy” and “positional chess” then, after some years, you will finally understand “the truth” in chess or part of it.

And if someone deviates from the truth after this you will know it and you will feel it. If that happens you study his move and you will understand what’s wrong with it.

As a beginner at chess you have not sufficient chess knowledge to judge correctly if a move is good or not.
Don’t waste time playing chess only, but study it deeply with books or DVD’s.

There are better openings than dubious gambit play, just play what grandmasters play.

I hope this helps…