You can only win chess in 2 moves if your opponent has no idea about the game and is a total beginner. He does not know any chess principles and does not know how to make a decent move. To give checkmate in 2 moves is called the Fool’s Mate.

A club player would laugh about this nonsense because never ever would you win a game of chess in such a ridiculous way playing in a chess club.

So here it goes… 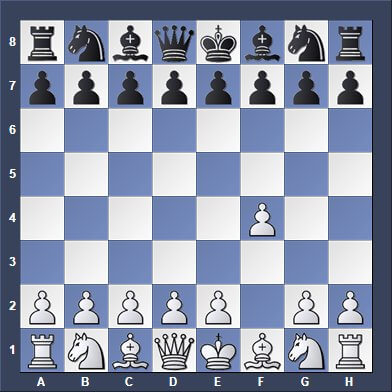 1.f4  White is weakening the squares around his king. The diagonal e1-h4 is weakened now. (see above)

There are some openings starting with this move. The Dutch Attack and the Bird opening. So this move is playable. 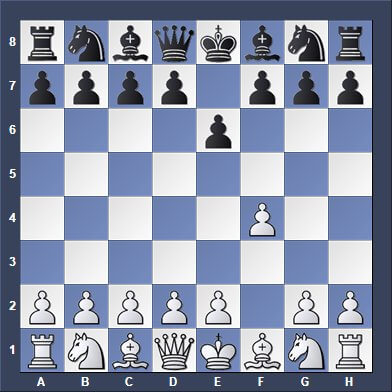 1…e6 Black makes a good development move and enables the queen to come out. He is, of course, not intending to move the queen at such an early stage of the game.  First he will develop a center pawn and the light pieces (Knights and Bishops) and castle.  After that he will move the queen, if suitable. This would be the correct way to play a good opening. 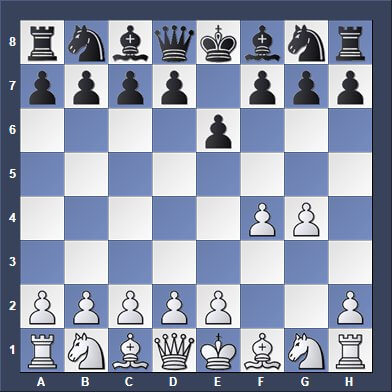 2.g4?? Black was not expecting such a dumb move.

The move 2.g4?? weakens the squares around the white king even more and opens up the kingside to enable a quick checkmate. 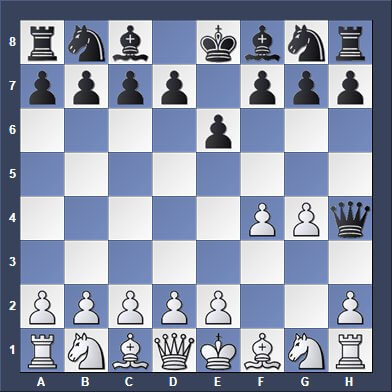