As a chess player it is necessary that you learn this popular chess opening. Learn the Queens Gambit Declined / Exchange Variation as this is an important chess opening, where vital chess strategies can be studied. Especially when you are a d4-player you must know this opening well.

This is a closed opening system where the positional knowledge and feeling and the positional abilities of a player are more important than theoretical and tactical considerations which arise after playing 1.e4 as first move. In this case more forced lines arise which makes it necessary to learn a lot of theorie and memorize a lot more chess variations. This is the reason why players like Korchnoi like to play 1.d4 ( or 1.c4) most of the time.

My friend, if you have a bad memory and don’t like to learn a lot of forced theoretical variations then you should become a d4 player and study something like this opening here. Just grasp the positional ideas and apply them in your next game.

In the group of top Grandmasters with a rating of 2600 Elo and higher more than 70% of them are playing as first move 1.d4! Even Kasparov plays 90% of his games 1.d4. Please consider this. 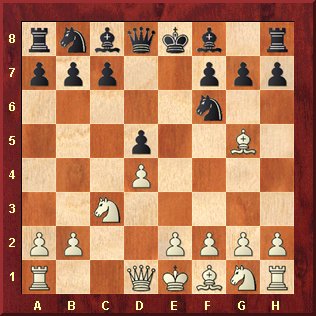