The two sides of the American Revolutionary war are shown in this chess set. 1760 at the time of King George III’s coronation the North American sub-continent was dominated by the British. 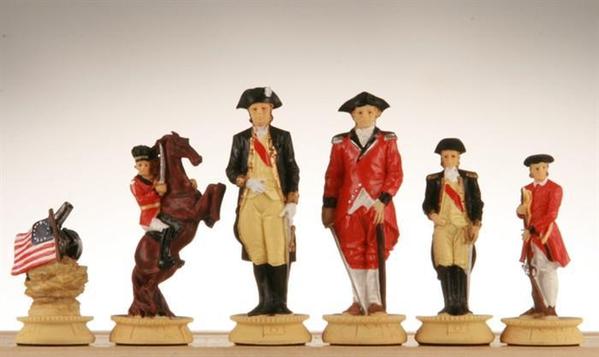 The colonists of the territory didn’t want to pay taxes to the British Crown and as a result outbreaks of violence occurred which eventually escalated into full scale war between the colonies and Britain. These chess pieces show a lot of detail and are hand painted. 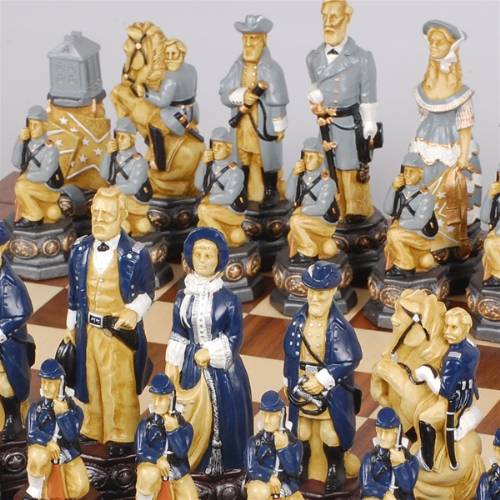