Rybka Chess is one of the strongest PC Chess Programs world-wide, designed by Vasik Rajlich IM, who was born 1971 in Cleveland Ohio, United States to Czech parents. He is married to Iweta Rajlich, a Polish woman chess grandmaster, who helps him testing his chess program.

Rybka is top-rated in the rating lists. It has won the 2007, 2008, and 2009 World Computer Chess Championships and supports both single processor and multiprocessing systems. 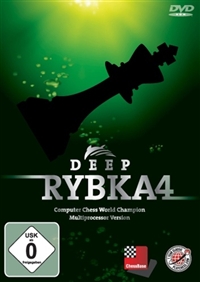 You can replay chess games from Rybka below.