by Terry (England): I was told. There was a chess game played where, as well as the Queen sacrifice, the king was eventually mated, by being boxed in the corner by his own pieces.

And the final move was a checkmate with the knight. If this rings a bell would you happen to know where I can find the game.

There are probably many games played and won where this mating procedure was applied. This type of checkmate is well-known among chess players and is called Smothered Mate. It is one of the most beautiful checkmates.

When I saw it first as a beginner in chess I was very much touched by the beauty of it.

You can study the idea step by step in the following diagrams. The positions can be different in various games but the idea is the same. The queen is sacrificed and in the end the knight gives a checkmate. 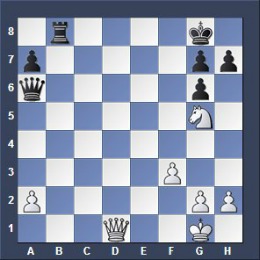 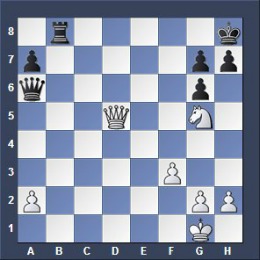 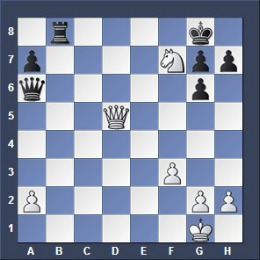 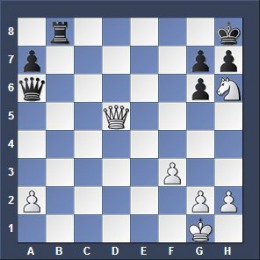 Now you have to sacrifice your queen playing Qg8+! 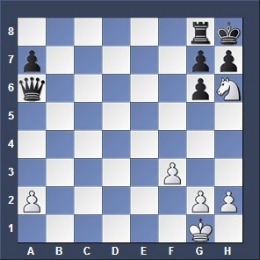 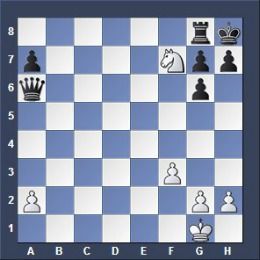