The knight does the same as all the other chess pieces. It should control vital squares in the center to reduce the opponents piece activity.

A knight can be a strong outpost if placed right in the enemies camp, which often paralyzes the opponents forces to a large extent. If a knight is placed close to the opponents king it can become a dangerous force if it is supported by the queen or other pieces.

Get it out quickly in the Opening

In the opening stage of the game the knights should get out quickly because they don’t exert any power from the lst (original) rank, unlike the bishops, which do have some power even if they are not developed.

Never place Knights at the edge of the Board

Sometimes a knight does go to the edge of the board, but only to attack a bishop or for another specific purpose. But it does not stay there for a long time. This often is the case in blocked positions to free the f-pawn to be able to push it.

Try to trade your knight for a bishop in half-open and open positions because the long-range bishop is faster compared to a knight, when the position is opening up.

Never move your Knight twice in the Opening 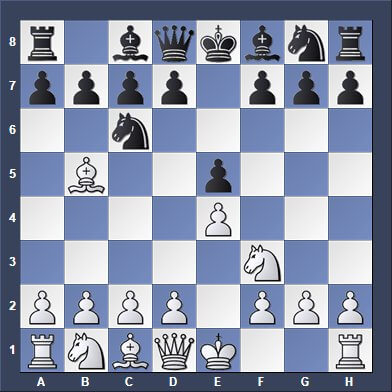 If you push a pawn to c3 right from the start then you are unable to put your queenside knight there. The square c3 is a place where a knight is well developed in the beginning of the game. Don’t occupy this natural square with a pawn move.

If the Position is blocked then keep your Knights

In blocked positions a knight is stronger than a bishop. Get rid of your remaining bishop and keep the well-placed knight for the blocked endgame.

What does the Knight do in Chess? See below 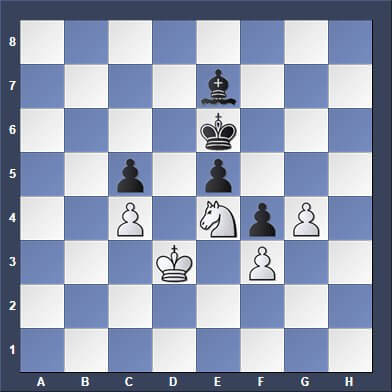 See above:
The position is blocked and the bishop is bad because the black pawns are sitting on black squares. This fact will reduce the bishops’s strenght. The knight is strong as it can go where it wants to go.

However, the white king and the white knight are badly placed and have to be reorganized in such a way as to be able to attack the weak pawn on e5 TOGETHER. 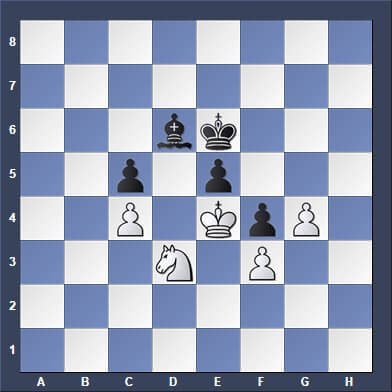 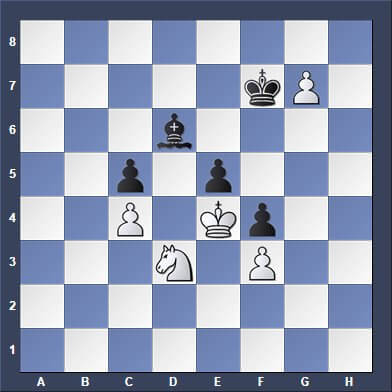 See above:
The white passed pawn has run and diverted the black king AWAY from the center to the edge of the board. This means the black king has lost CENTER POWER! Now the e-pawn falls (Kd5!) and this is the end because the other black pawns become WEAK! 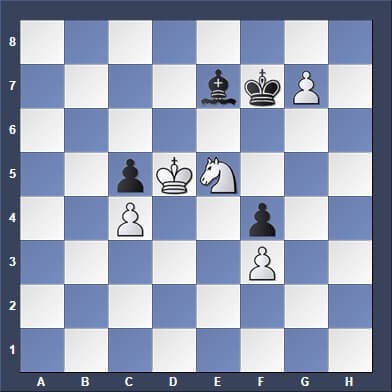 See above:
The white king has PENETRATED into Black’s position! The black pawns are weak NOW and White will win material and the game, which is just a matter of technique…