The person who invented chess is not known. Chess is one of the oldest games in the world and it is assumed that the Origin of Chess is India and then spread over to the Arabian countries.

Chess is intellectually very demanding and the most complex and most fascinating game for those who know it and love it.
Learn Chess here!

Who invented Chess? – The Story

There is an interesting story about the man, who invented chess coming from Persia and this story is around 800 years old. 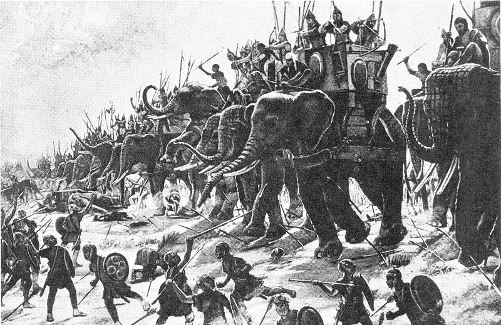 Long time ago a king named Shihram ruled over India. He was a despot. Around this time a wise man invented the game of chess to show the king how important everybody is, who lives in his kingdom, even the smallest among them.

The king on the chess board needs his queen, his rooks, bishops, knights and the pawns to survive. This is like in real life. The king should learn this.

Shihram, the king, understood this very well and he liked this game very much and he became a chess player and ordered that this game should be played by everybody in his kingdom.

The king was very thankful, let the wise man come and went with him to his treasures to give him gold and silver or other valuable things.

“You are allowed to choose what you want!” he said to the man who invented chess. “I will give it to you!”

The wise man thought for a while and said to the king.
“I don’t desire any of your treasures. I have a special wish!”
And then he went with the king to a chess board.

“My wish is to get some wheat! Please put one grain of wheat on to the first chess square and two on to the second and keep doubling up the wheat until the last square!”

The king became angry and shouted: “I have offered you all my treasures and you want just wheat? Do you want to offend me?”

“Oh no!” said the wise man. “I don’t want to offend you, my king. Please respect my wish and you will see that my wish is truly great.”

The king called his servants and ordered to put the wheat on the chess board exactly as the wise man wished. The servants
brought a lot of wheat. It soon filled many rooms but they realized that they could not fulfill the wise man’s wish.

They went to the king and said: “We are unable to fulfill the wise man’s wish.”

“Why not?” asked the king angry.

The king realized that the wise man had given him a lesson again. He learned that you should never underestimate the small things in life.

The chess board has 64 squares and if you put just one grain on the first and double up on the next and so on, you will reach an enormous amount of grain.

Go from – Who invented Chess – to Home