Why is white checkmate in uploaded image even white have the chance to capture that pawn who is checking the king ..
Please see attachment and someone answer me…

you are right! White is not checkmate! Just capture the pawn with your bishop (1.Bxf2) and that’s it! 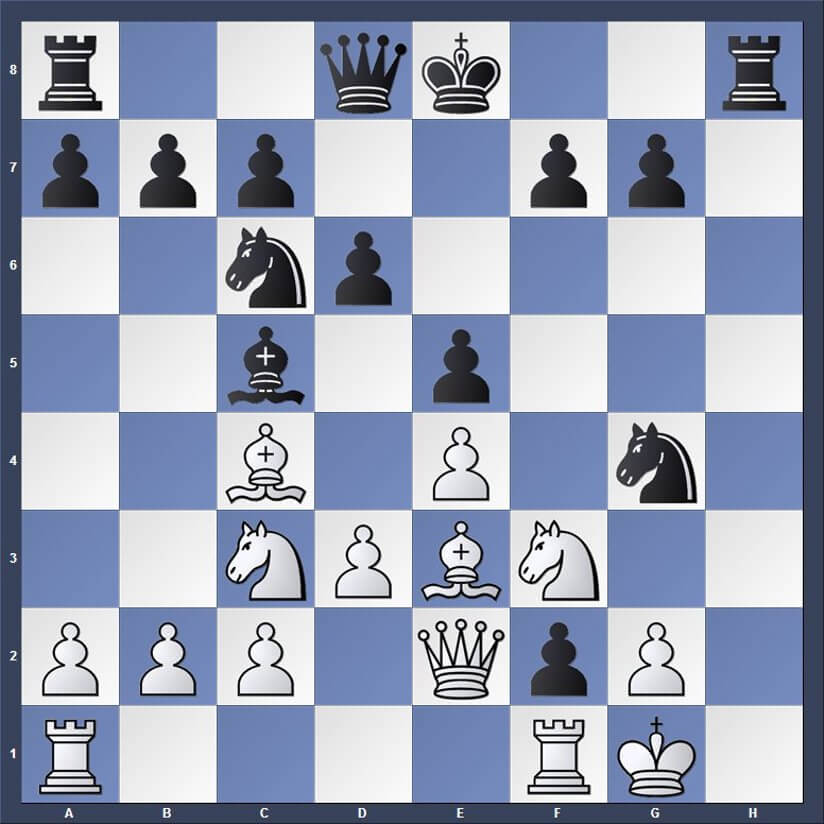 However the white position is hard to defend in the long run because Black is attacking and he can use the open h-file where he must penetrate with his queen to get to the white king. But he is a piece down as he has sacrificed a piece earlier to get an attack going.

However he still can make a mistake in the long run as this position is very difficult to play for both sides. Black must find good moves or his advantage will deteriorate quickly and when ihis attack has disappeared Whikte will win in the endgame because he is a piece up.

But White can easily make a mistake as well and may lose quickly.

Principles:
1. Black should not trade off his queen as he is attacking and needs the queen to go for a checkmate in the long run. Without the queen the game is easily defendable by White as he can trade off pieces and go for the endgame where he will win as he is up in material!

2.Black should play his queen to the h-file! He should also complicate the game as much as he can and put as much pressure on White’s kingside as possible! Black should avoid exchanging pieces as this would simplify the game and would give White good chances to survive the attack.

3.White should simplify wherever he can by exchanging pieces to reduce Black’s attacking pressure! White should try to trade off the queens if possible and other pieces and go for the endgame because he is a piece up.

White moves
It is important for Black that he understands that he must try to penetrate with his queen along the opn h-file or he has nothing and will lose as he is a piece down.
So the right idea is to play 1…Qf6! (see below) and then move the queen to h6 where she might penetrate along the h-file towards the white king!!
Black has played 1…Qf6 as he wants to play his queen to h6 to control and occupy the h-file!! 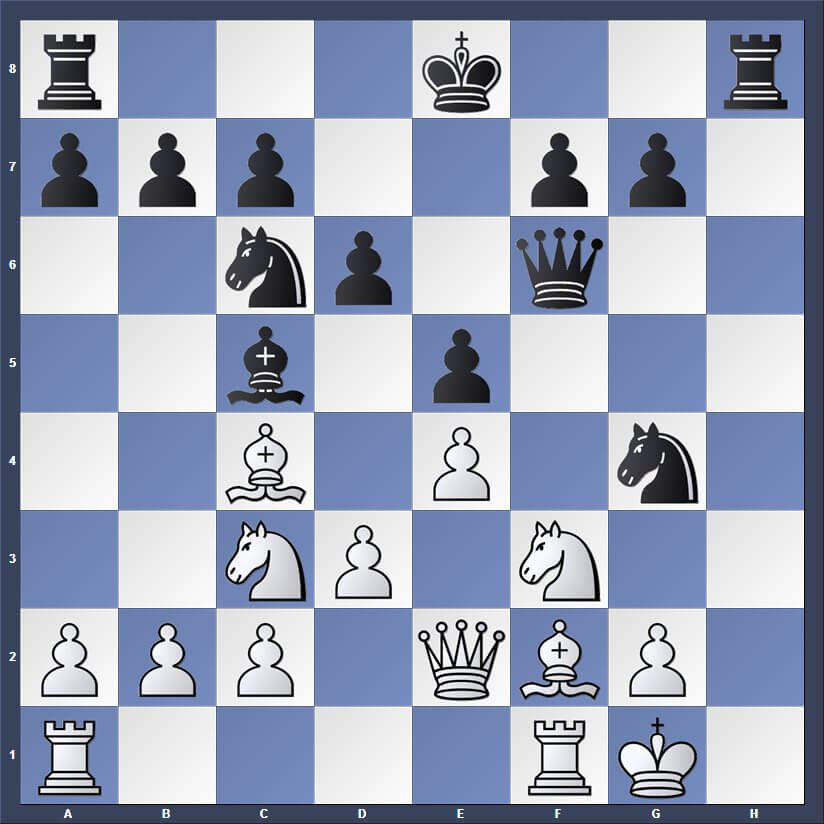 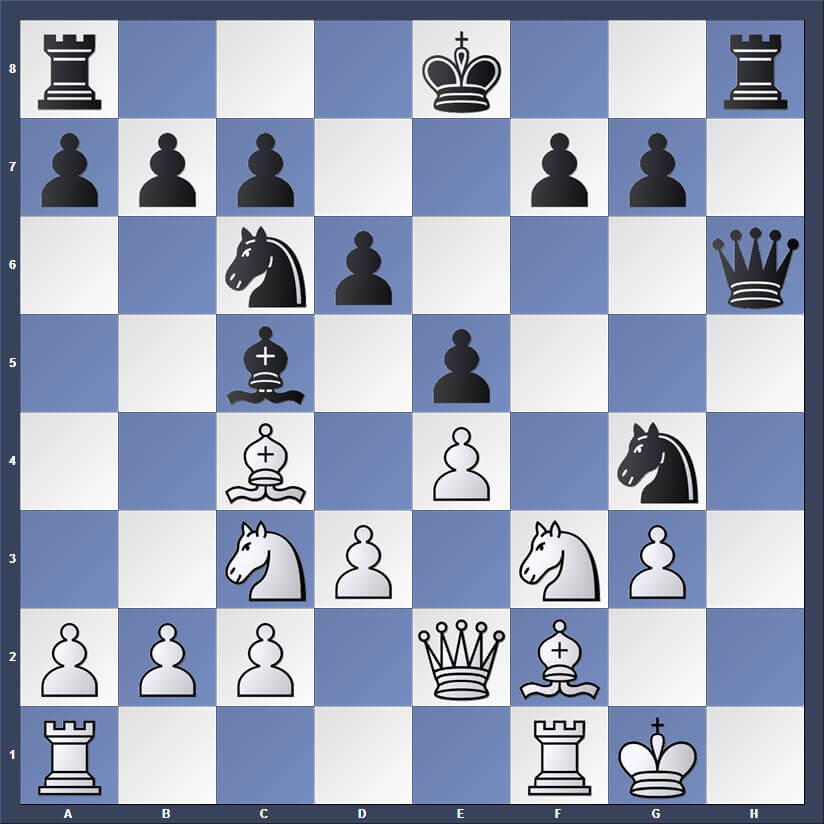 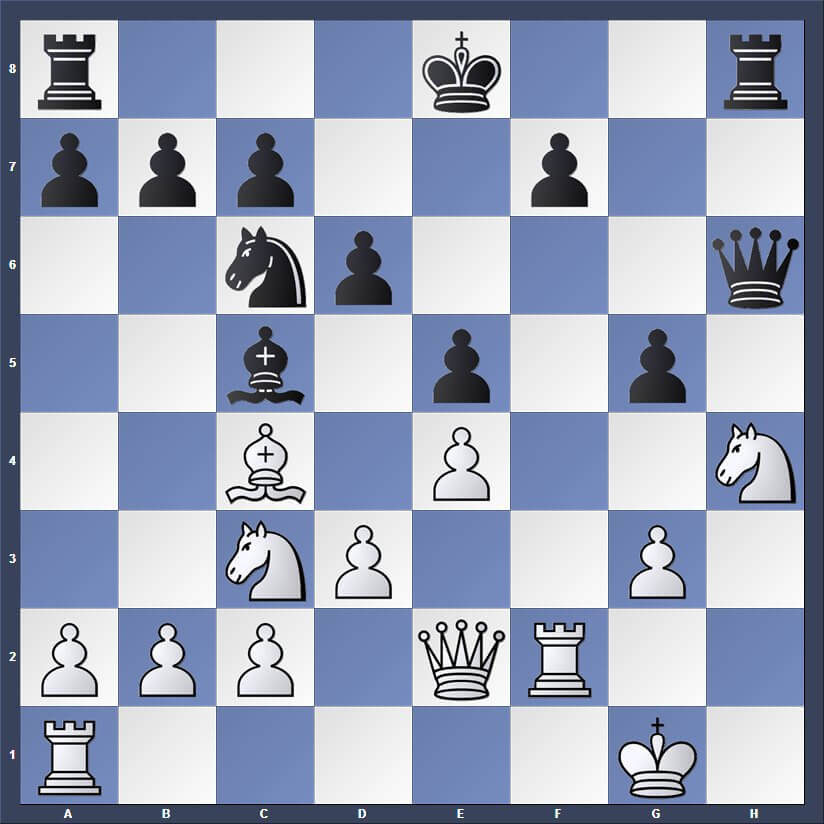 White moves
5.Bxf7+ Kd8 6.Kh1 BxR 7.QxB gxN etc. Advantage for Black. For Black it is more important to put pressure to the h-file and the kingside AND regain his piece, as he was a piece down, than saving the f-pawn See below: 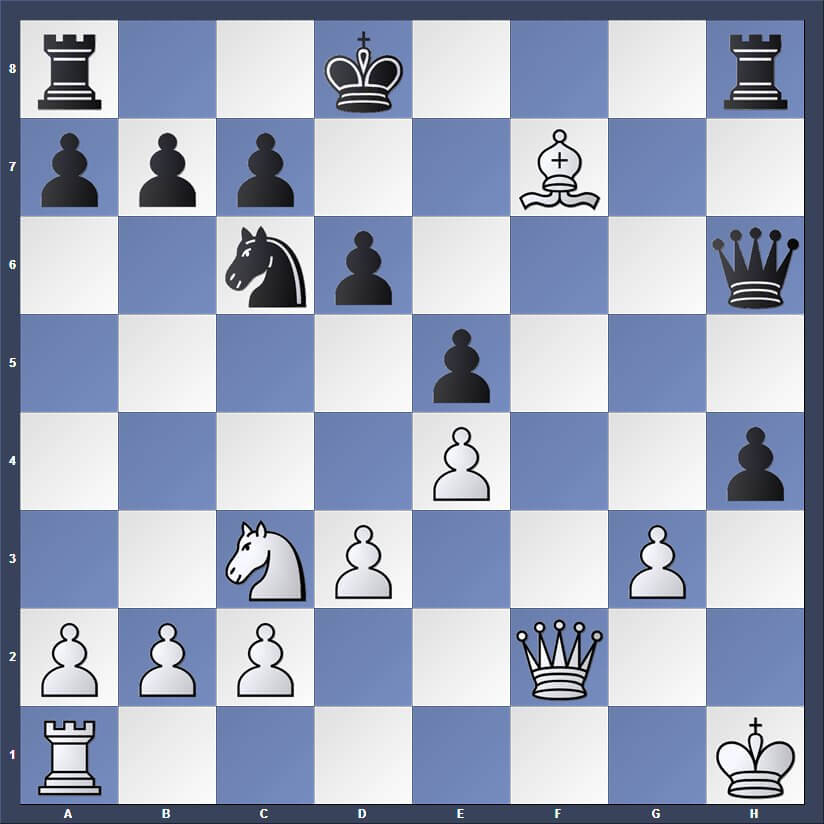