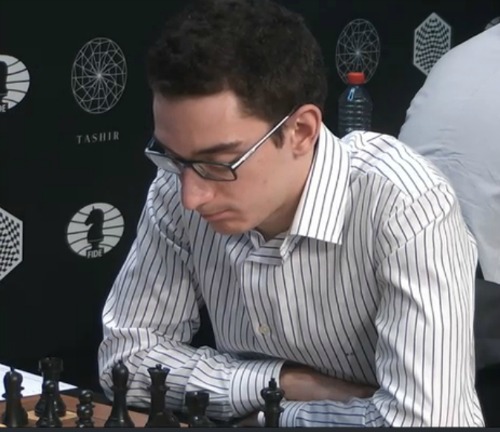 The Italian-American chess grandmaster Fabiano Luigi Caruana (born July 30, 1992 in Miami, USA) grew up in Park Slope, Brooklyn, started playing chess at age 5 and played for the United States until 2005. He is a chess prodigy who became a grandmaster at the age of 14 years, 11 months and 20 days. 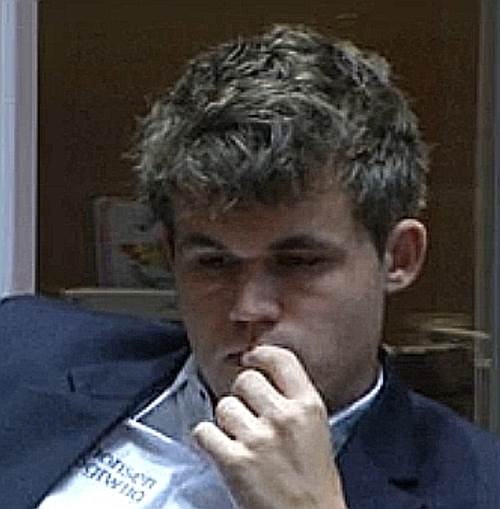 Magnus Carlsen (born 30 November 1990 in Tonsburg, Norway) is a chess prodigy who started playing chess at age 5. At two years, he could solve 50-piece jigsaw puzzles; at four, he enjoyed assembling Lego sets. He achieved his peak rating of 2882 in 2014, which is the highest in chess history. He is number 1 on the rating list and became chess grandmaster at the age of 13 years, 4 months and 27 days.

GM Jaan Ehlvest: ” Not seriously, what the f…crap is going on in London, I would disqualify both players, this is the human achievement in chess. No creativity, no willingness, nothing, complete impotence “.

GM Vasilios Kotronias: ” I wrote a book on Anand-Carlsen, the first one, that was a real match. Now they are merely shifting wood. One might argue that the first game was winnning for Carlsen and that after that they are still fighting a lot. But their opening choices are too far timid for a Wch match. And in any case, I have a counter-argument for the first game. Carlsen was winning easily on so many occasions by penetrating to b2 with the Queen for example, it is a very easy and risk free decision for a GM of this caliber. Why he didn’t do it? Looking at the game it made me feel that he really did not want to win! I may be wrong, but this is what I felt. It is the strangest match I’ve seen in my whole life, to say the least. I hope I am proven wrong in the remaining games. But so far this match is a big big zero, and all people around it are trying to make it appear interesting, which is not at all true. “

“The game 11 of Carlsen-Caruana match is a very boring Petroff line affair in which after the opening it was visible that it will be a draw ( because of simmetry and only one – e-file open ). I just wonder how many players still think that this match was not fixed from the start with so many draws?
Who is now trusting the commentators of Chessbase ( a la GM Williams Simon ) who praised the play of the players and called the quality of the match fantastic? Chess players are not blind and can easily detect the farse. Be aware.” – GM Bogdan Lalic

Peo Silingardi: ” What is really puzzling IMHO is watching two players sticking to the same two or three openings.. What did they do during their preparation ? Did they play football with their helpers ? “ 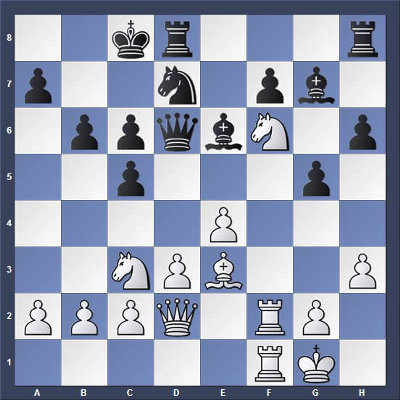 After the dubious white move 18.Nh5 attacking the bishop Carlsen palyed 18..Be5 and reached a favorable position due to his bishop pair and weakened white kingside. 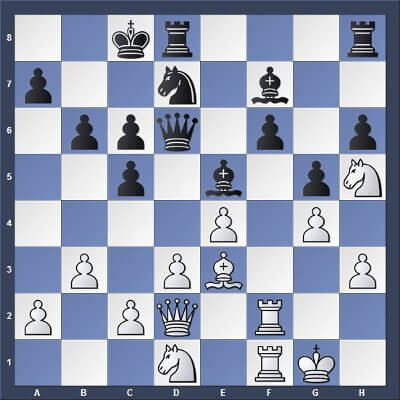 However, in the position above Carlsen gave away most of his advantage by playing the passive move 21..Nf8 sacrificing the f-pawn. Caruana captured the pawn 22.Nxf, but Black has still a slight edge as he has the better position. His pieces are aiming to the white kingside and he has the two bishops, which are very flexible in the long run. 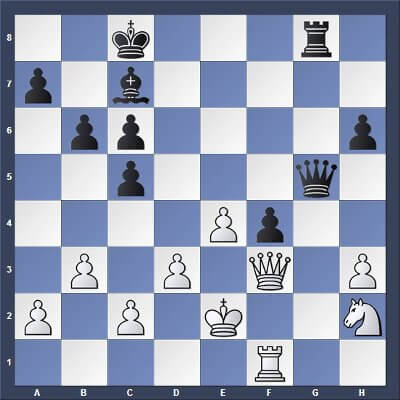 Carlsen managed to open up the white kingside, Caruana was trying to keep it closed to stop the black pieces from penetrating into his position. However, in this critical position above Carlsen could win the game by penetrating with his queen playing 34..Qf6 (or Qe5) threatening to penetrate to b2 along the diagonal 35.Qf2 Qb2 36.Kd1 b5 37.Qd2 Qxa2 and White is helpless. See below 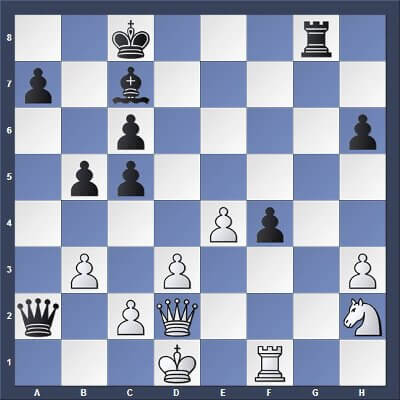